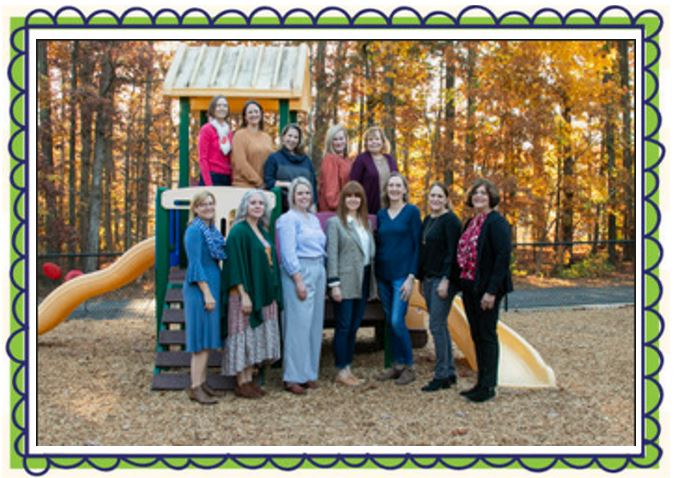 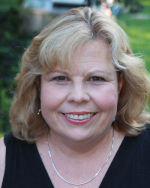 Jennie Kroeger is the lead teacher in the Puppy and Kitten Class. She started at St. Andrew’s in 2011 as the assistant teacher in the Lion Class and became the assistant teacher in the Puppy and Kitten classroom in 2018. Prior to working at St Andrew’s, she was the lead teacher for the 3 and 4 year olds at Carousel Learning Center in Blacksburg, Virginia. She also spent about 10 years working in the private industry, primarily for publishing firms. Jennie was born in Saigon, Vietnam and grew up in Southeast Asia, as her father worked in foreign service. She graduated from Radford University with a Bachelor of Science degree in Child Development. Jennie and her husband have two daughters. She enjoys scrapbooking and going to the beach.

Kristin Stites is the assistant teacher in the Puppy and Kitten class. She is new to St. Andrew’s Preschool as of 2021, and has enjoyed working in preschools since her youngest child went to Kindergarten. She grew up in Utah and has lived in northern Virginia since 2013. Kristin graduated from Utah State University with a bachelor’s degree in Biology, with an emphasis in biodiversity and ecology. She and her husband have four children, two boys and two girls. In addition to spending time with her family, Kristin loves listening to audiobooks and podcasts, being outdoors, gardening, and traveling. 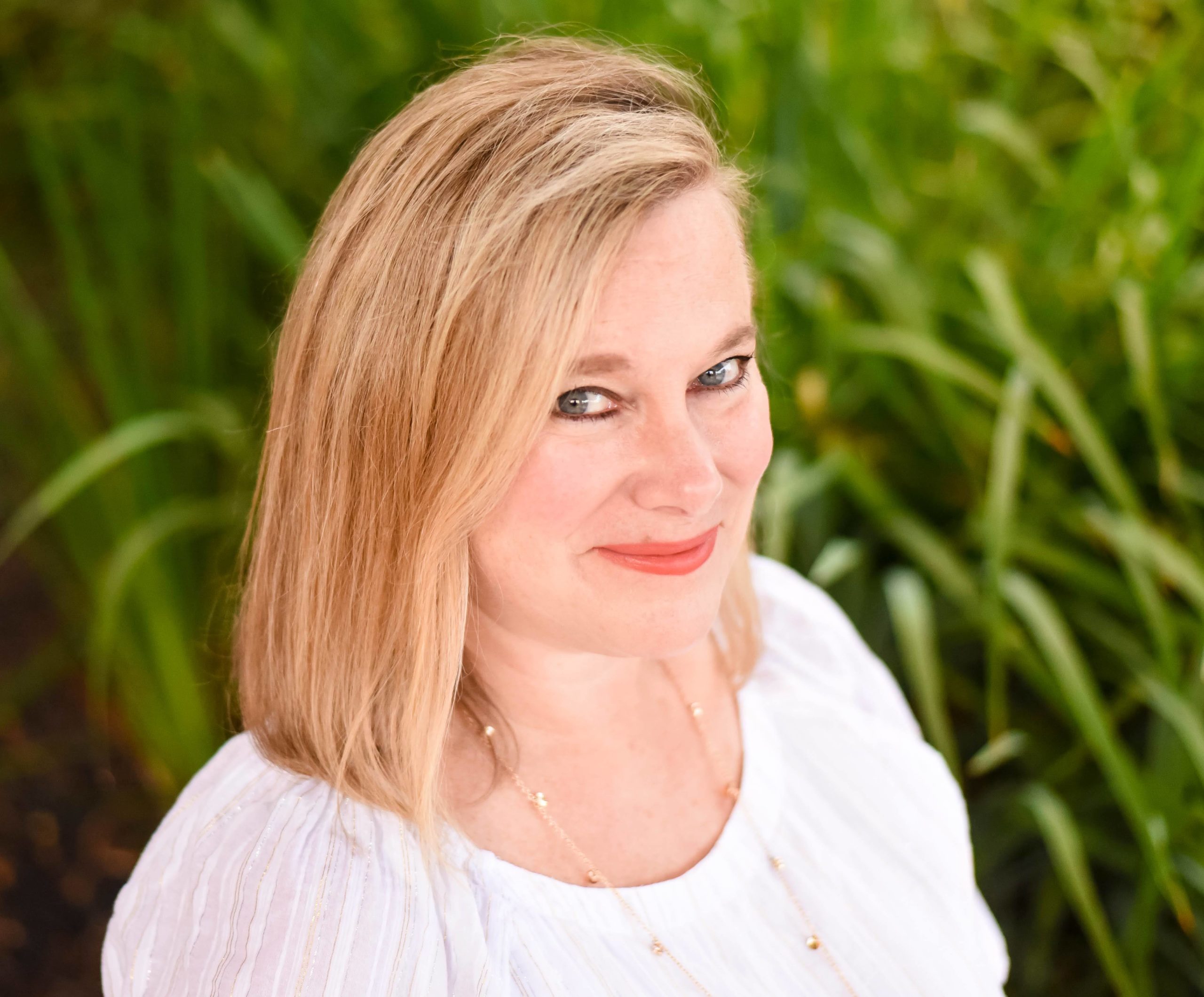 Lisa Winand is a retired military spouse with a long history of teaching and working with young children in preschool and Catholic education settings. Her husband, Tim, is a Naval Academy graduate and a Marine Corps officer with 28 years of active service. Lisa and Tim have lived all over the United States, to include North Carolina, Hawaii, California, Alabama, and Georgia. Lisa has been a member of the St. Andrew’s family since her son, Luke, was in preschool here starting in 2011. Following a two-year Marine Corps posting in Hawaii from 2013 to 2015, Lisa returned to the Fairfax area and became an Assistant Teacher with the Lion Class. She now co-teaches in the Fish and Frog Class. Lisa and Tim have two children, Lily and Luke. Lisa was born and raised in Maryland and graduated from Loyola College in Baltimore, Maryland 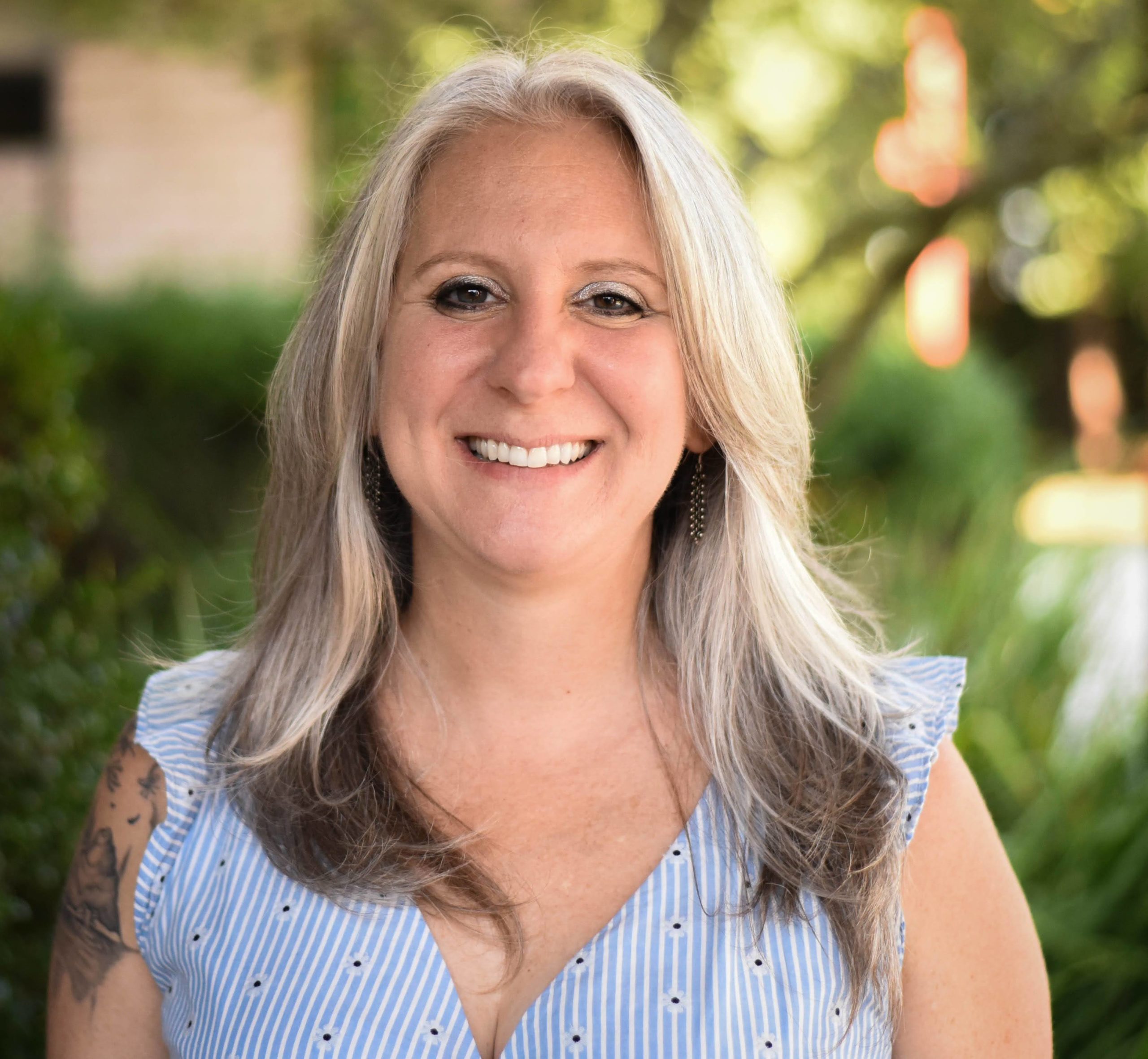 Amy Bailey attended Shenandoah University in Winchester, VA where she earned a bachelor’s degree in Music Education. She taught elementary school band for 9 years before choosing to stay at home with her small children.  In 2000 Amy began a small music studio which grew into Clariphone Studios, LLC and has provided music instruction for hundreds of children on various instruments.  Amy was hired in 2014 by St. Andrew’s Episcopal Preschool to create and integrate a music curriculum for the school.  In 2022 she transitioned to a full-time co-teacher position in the Fish/Frog classroom. 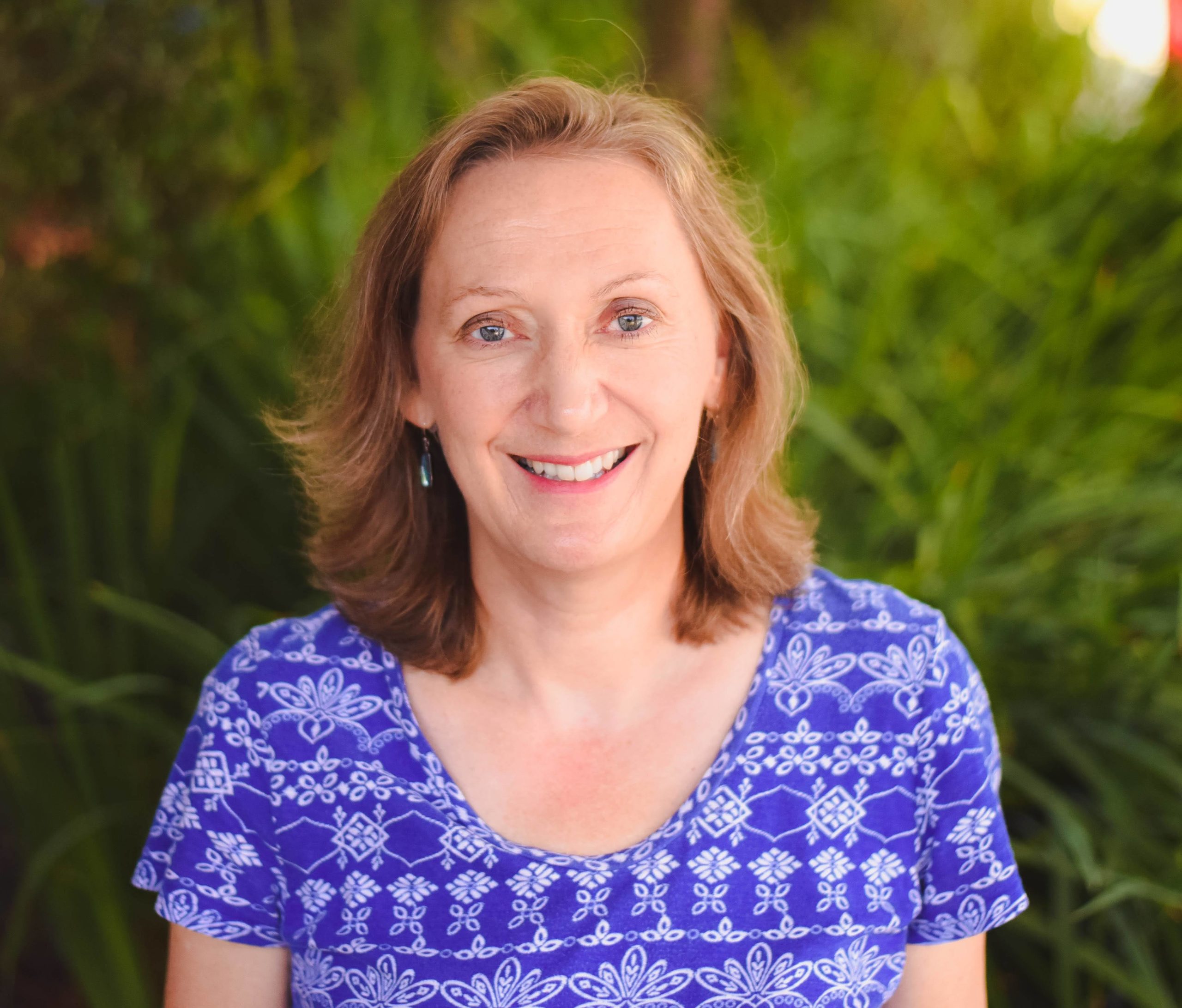 Tashia MacArthur has been at St. Andrew’s since 2013 and is a co-teacher in the Penguin Class. A native of San Jose, California, she earned a B.S. degree in Computer Science from Brigham Young University. She and her husband moved to Virginia in 1997 for his job with the Smithsonian. They have two daughters and a son. When her son was preschool age, Tashia was involved in a co-op preschool with a few friends, where she taught for a week at a time every 5 weeks in her home. She is active in her church and with her kids’ school activities. She loves to read, travel, exercise, hike and spend time with her family. Tashia is excited for another great year with the Penguins! 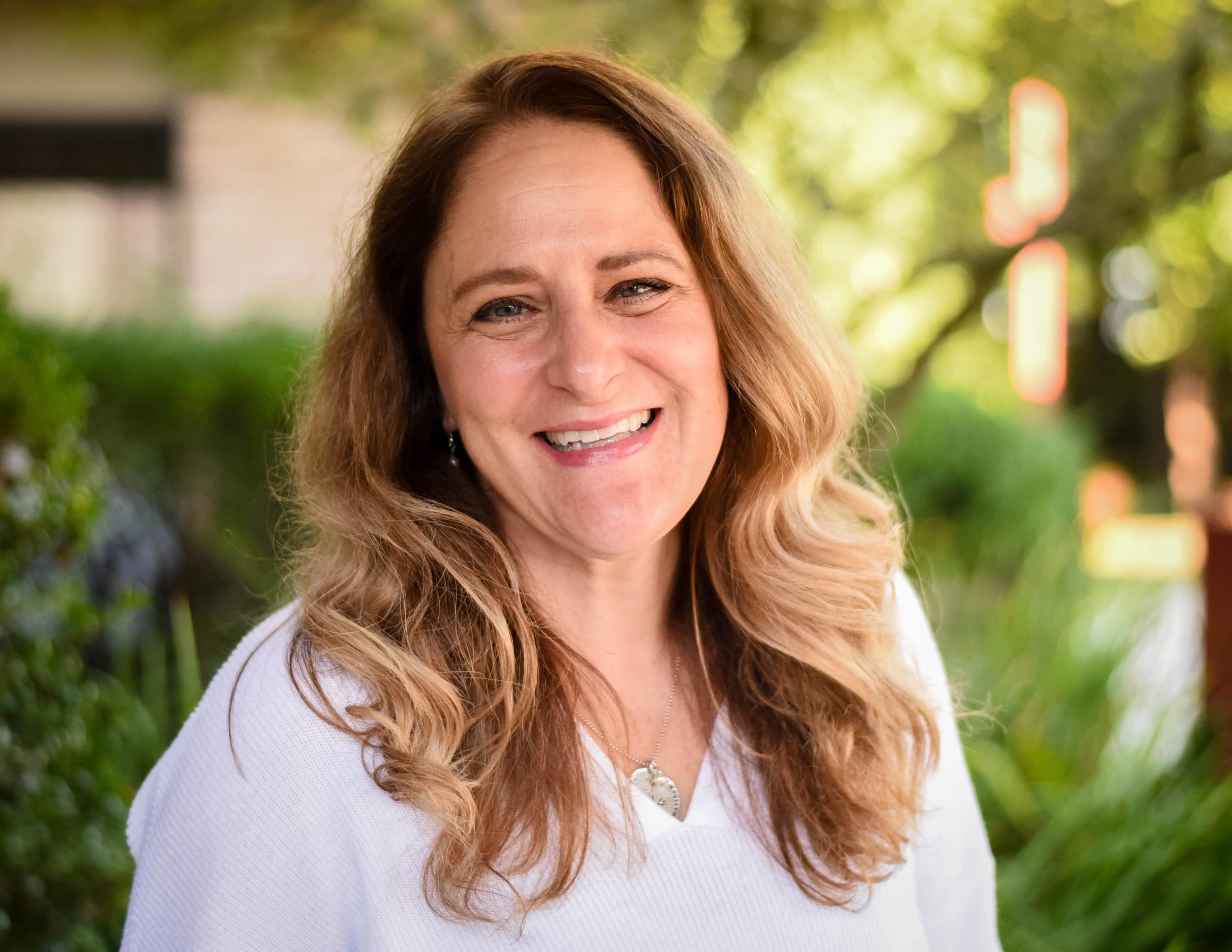 Kris Kockler has been the co-teacher in the Penguin Class since 2015. She grew up in Depew, NY earned a bachelor’s degree in economics and finance SUNY College at Buffalo. Kris worked in banking until she married and moved around with her husband Jim who was in the Air Force. She returned to school to earn a master’s degree in education from the University of Oklahoma.  Kris and Jim moved to Burke in 2011 and stayed after he retired. They have 3 boys, their youngest is an alumnus of St. Andrew’s. She loves to cook, read, exercise, and spend time with her family. Every day is a fun day with the sweet Penguin class. 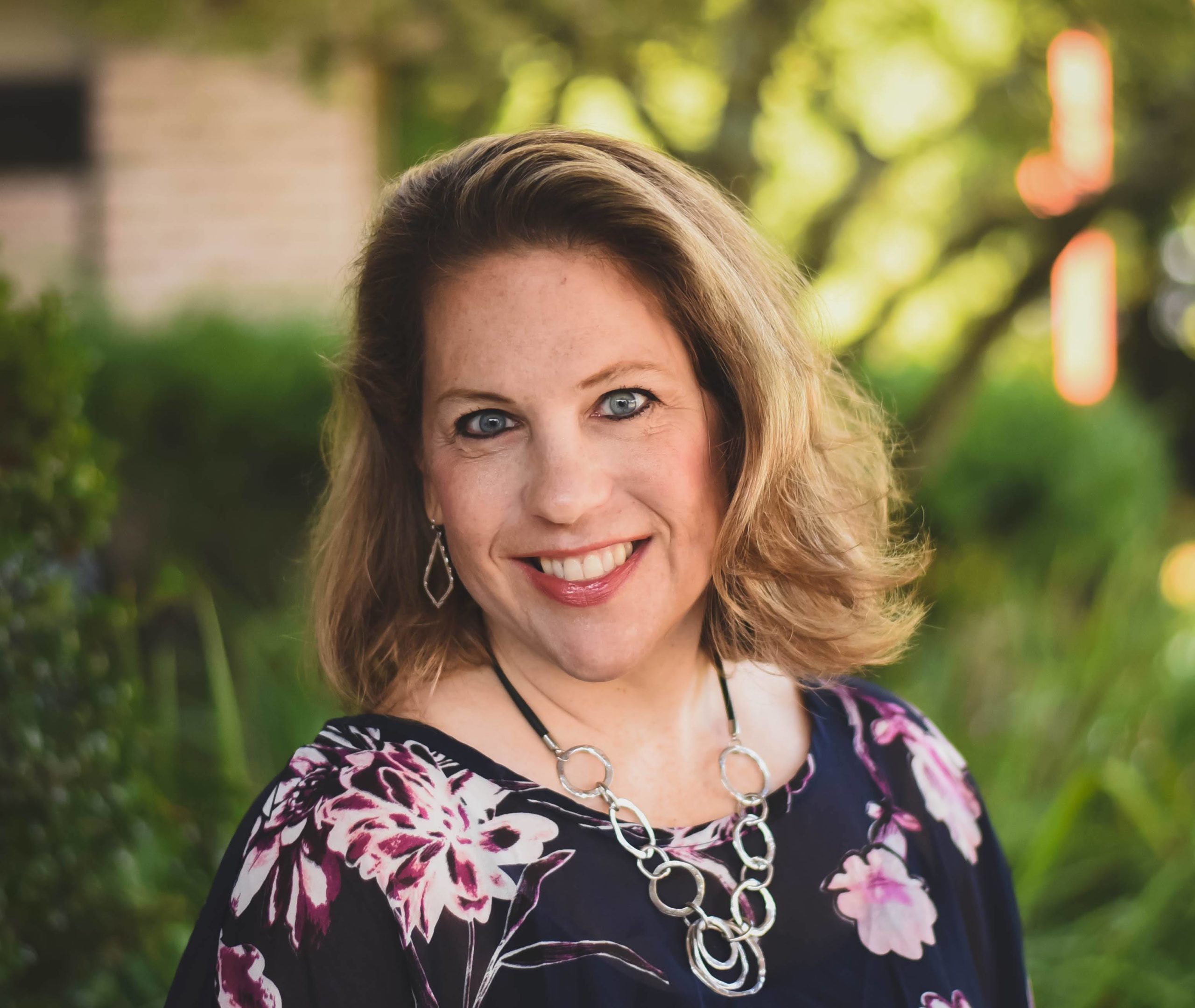 Kelly Nyman has been at St. Andrew’s since 2010 and is the lead teacher of the Lion Class. A native of Stony Brook, New York, Kelly has lived in the DC area since 1998. A graduate of Washington University in St. Louis, Kelly moved to Arlington right out of college and started working in event planning and marketing. She returned to school, earning a master’s in education from George Mason University. While teaching at St. Andrew’s, Kelly became certified in the Handwriting Without Tears program. She and her husband are the parents of two children – both alumni of the preschool. “I love teaching because every day is a new adventure and every child can always teach you something new about yourself or how to see the world.” Kelly enjoys baking, reading, exercising and spending time with her family.

Jamie Jacobs is the assistant teacher in the Lion Class. She grew up in San Antonio, Texas and graduated from Clemson University with a degree in finance. Jamie moved to Springfield, VA in 2018 with her Air Force husband and three daughters, the youngest an alumna of St. Andrew’s Preschool. Jamie has enjoyed traveling all over the world, most recently living in Abu Dhabi and Korea. She enjoys reading, traveling, going to the theatre and spending time with her family. 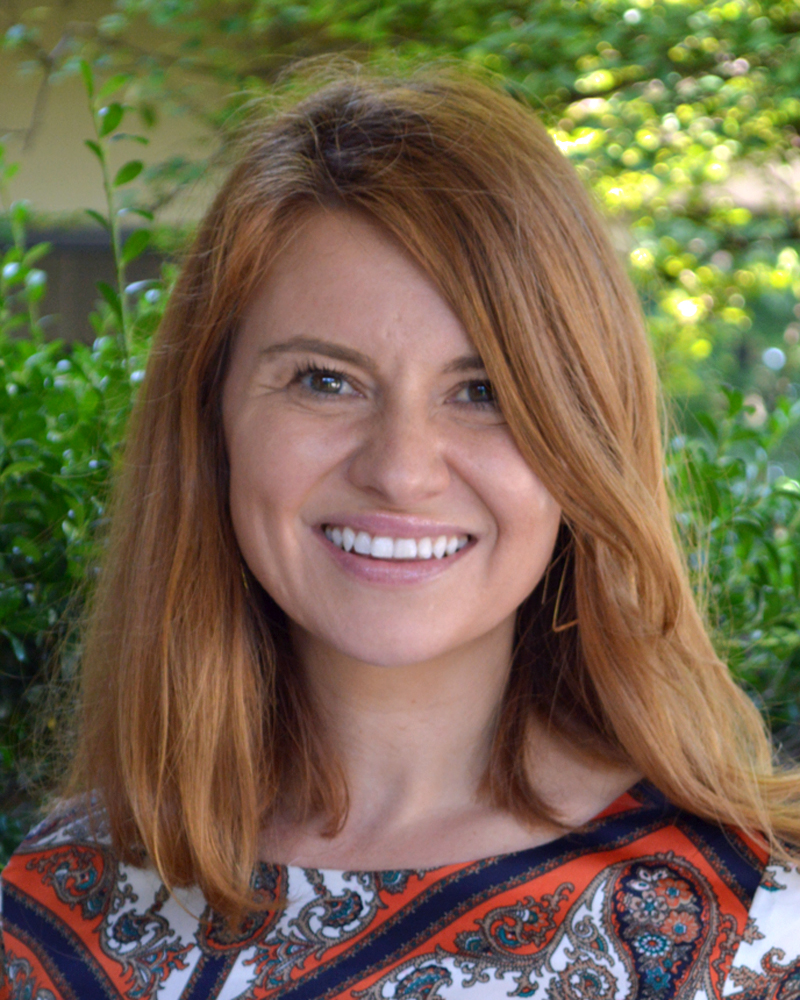 Karolina Smith has been Discovery Room teacher since 2020. She led the Fish & Frog class in 2019 and the Puppy & Kitten class in 2018. She earned a B.S. in Biology at Santa Clara University and certification at Colorado State University in elementary education. Prior to her husband’s retirement from the Army, Karolina taught kindergarten, first grade and preschool for a cumulative five years. She has been certified to teach in Colorado, North Carolina and Virginia before becoming a teacher at St. Andrew’s. Karolina and her husband have a daughter and two sons. In her free time Karolina enjoys caring her for pets (a dog, cat, and guinea pigs) and DIY home improvement. 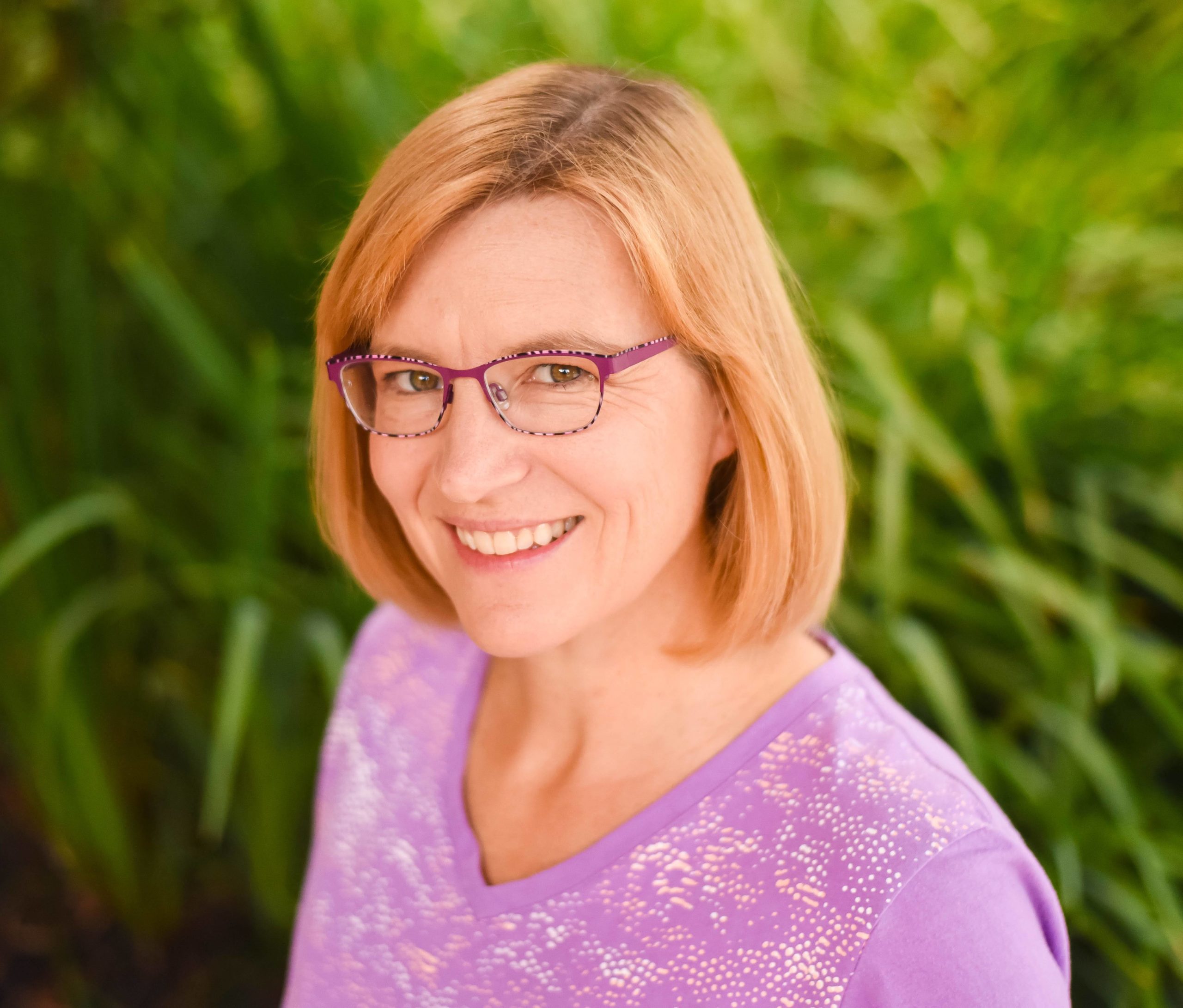 Rachel Elliff teaches our Music and Movement class at St. Andrew’s.  She received a Bachelor of Music degree from James Madison University, then taught band and strings classes in the public schools for several years before becoming a stay-at-home mom to her three daughters.  Her two youngest daughters attended St. Andrew’s Preschool, and when they moved on to elementary school, Rachel became the Lead Teacher in the Puppy and Kitten class.  After serving in this role for 5 years, she accepted a job at Messiah UMC as the handbell choir director. However, she continued on at St. Andrew’s as a substitute teacher, and is thrilled to be returning to the school 3 days a week to teach music.  In her free time she enjoys baking, hiking, running, and spending time with her daughters, husband Brian, and two cats. 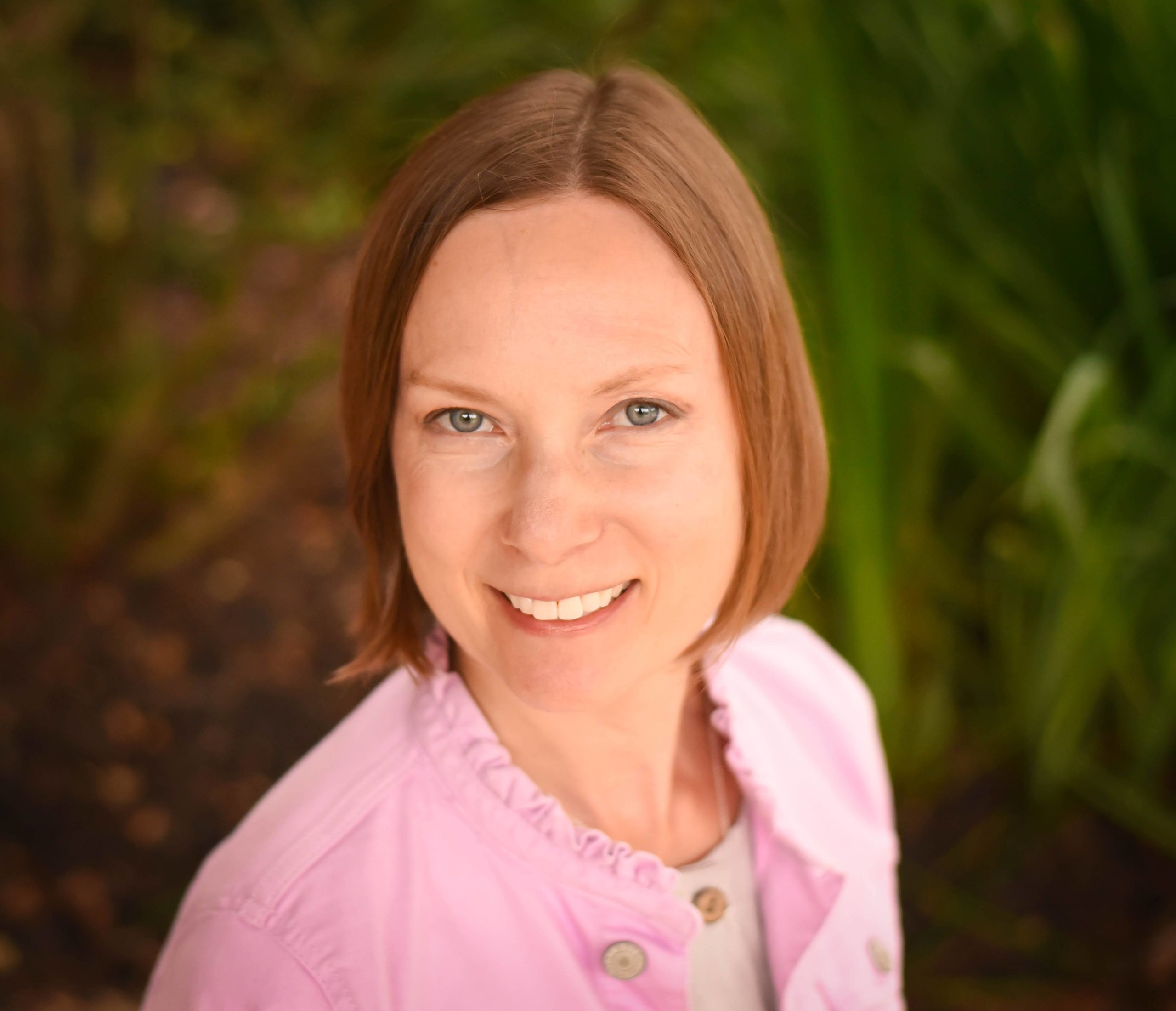 Celene Wyman grew up on the border East Tennessee and Southwest Virginia.  She has lived in Fairfax for the last 18 years where she has been a stay-at-home mom of two boys.  She was volunteering at her son’s Boy Scout Troop, when she was asked by Tami if she would consider applying for a job as her administrative assistant in 2021.  Celene has a Bachelor’s of Arts in Art History from the University of Richmond and a Masters in Business Administration in Finance from Georgia State University.  She worked in finance and asset management before having children. Her favorite things are reading, hiking, biking, camping, nature and animals. 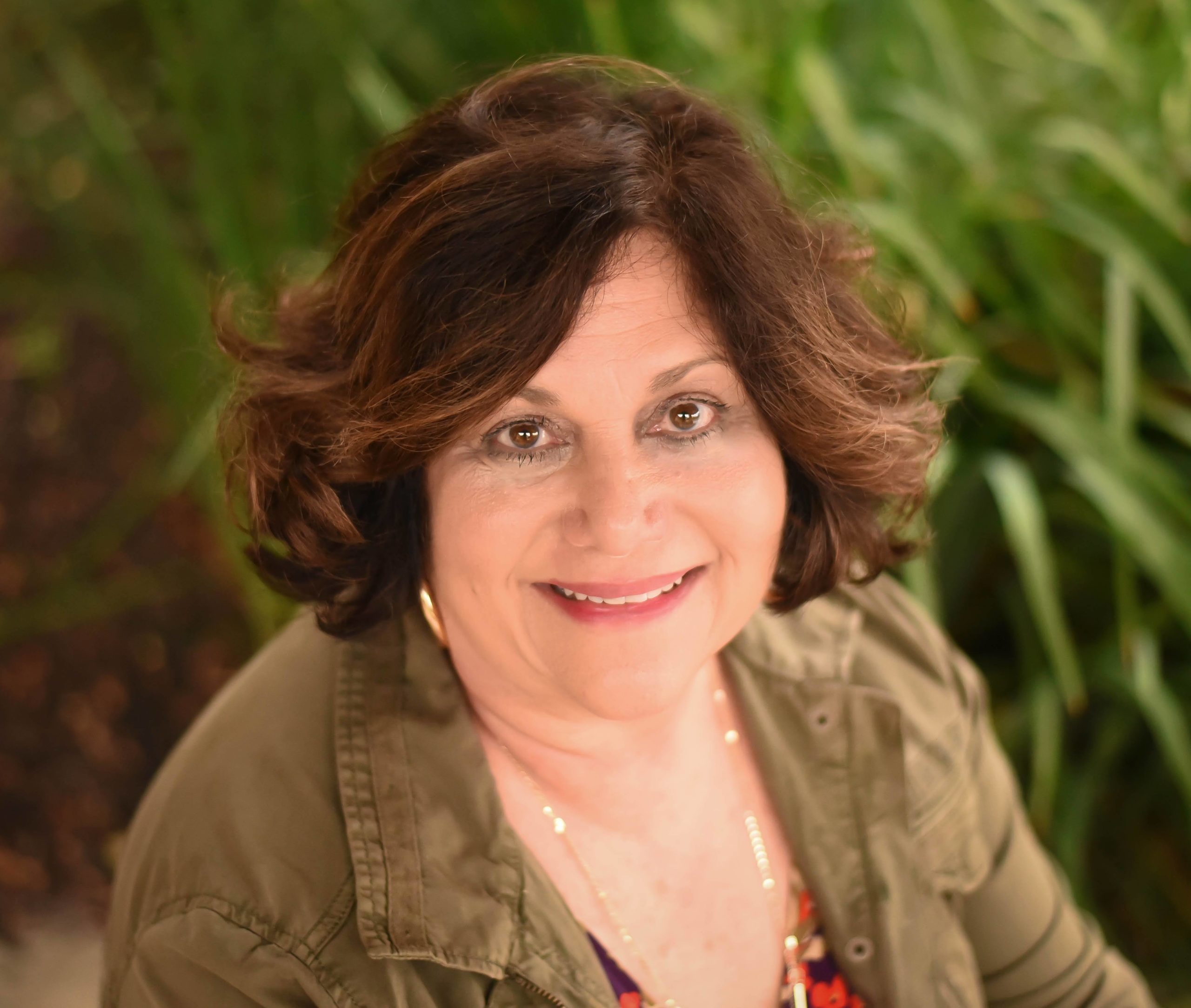 Tami Phillips is the preschool director and has been at St. Andrew’s since 2012. Previously at St. Andrew’s, Tami was the Discovery Room Teacher for 7 years, a school parent, board member, and substitute teacher. Tami began her teaching career in Miami, where she was an elementary teacher for fifteen years. Tami earned a master’s degree in Reading from Barry University in Miami, Florida and was an adjunct professor. She and her husband have two children, both alumni of the preschool.  You can reach Tami in the preschool office at (703) 455-8458.